Adultery is not illegal in Alabama. It is, however, grounds for divorce, A person commits adultery when he engages in sexual intercourse with another person who is not his spouse and lives in cohabitation with that other person when he or that other person is married. (Ala. Code Section 13A-13-2(a)). If you decide to pursue an extramarital affair, you won’t go to jail, but if you get caught your wife can file for divorce in a couple of different ways. If she decided to file and list divorce as her grounds, she’ll have to provide evidence of adultery to the court.

Proving adultery can be difficult at times. In order to prove adultery there must be actual proof of at least one act of illicit sexual intercourse. In general, Alabama law requires that there be some proof of either an expressed or implied agreement between the two persons that they have committed adultery and that the relationship will continue to some degree. 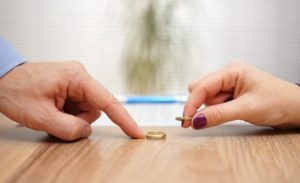 The most likely example of such evidence would be retrieving text messages between your spouse and the person with whom they are suspected of committing adultery.

More than just the divorce itself, committing adultery can affect the outcome of your divorce, often making a bad situation worse. For instance, if you use significant marital assets (e.g., money from joint back account, jointly owned assets, etc.) to further the affair, the court can take that into consideration when deciding how to divide up your joint accounts and assets. Likewise, if you and your spouse signed a prenuptial agreement, that can dictate how your assets are ultimately going to be divided up.

Some couples prefer to list irretrievable breakdown of the marriage because that is easier to show evidence of and it does not put as much private detail into the public record.  After filing and engaging in discovery, the divorce will go to trial. At trial, the parties may present evidence such as documents, expert testimony, and witness testimony to support their case. The judge then takes all of this into consideration and makes a ruling. Once the judge has signed a divorce decree the parties must follow the ruling. You can file a Motion to Alter, Amend, or Vacate the judge’s ruling within thirty days of the ruling, but both spouses would have to agree on what they are asking of the judge.

While it won’t land you in jail, cheating on your spouse during a divorce can lead to serious legal and personal consequences. The more evidence your spouse has against you and your affair, the more likely they are to have favorable rulings in the divorce proceedings. That is because if she files for divorce with adultery as grounds and can prove it, the fault lies with you in the eyes of the law. If you are able to have an amicable divorce and can agree on an uncontested divorce, that will make the process much smoother and cheaper for both of you. Our local divorce attorneys are experienced in Alabama law and can assist you through this process.