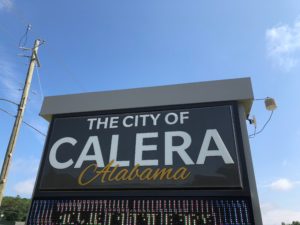 The uncontested divorce may require additional fees if there are substantial property or tax considerations involved, business interests, paternity issues, retirement issues, or any other complex issues that would require more time of the attorney. There is also a filing fee that the county charges when a divorce is filed. This filing fee varies from county to county. Give our Calera divorce lawyer a call today for more information about the filing fee in your county.

You typically file a divorce in the county where one of you live, so if you or your spouse live in Shelby County that is where you would likely filed your case. Give our Calera divorce lawyer a call today to find out the filing fee where you live.

To get a quick divorce in Calera, both spouses must be in complete agreement about all marital issues such as custody, child support, and property division. To get started with an uncontested divorce in Calera, you can fill out a questionnaire on our website by clicking on the link to the right of page, or call us to email or mail you one.

You usually do not have to meet our Calera divorce attorney in person and there are hardly ever any hearings in an uncontested divorce since an agreement has already been reached. If you want to speak with our Calera divorce lawyer then they can usually speak with you the same day you call or if you want to meet in person then we will be happy to set up an appointment in our Alabaster office.

To get a cheap uncontested divorce in Calera, both spouses must be in complete agreement and willing to sign the appropriate paperwork. The documents our Calera divorce lawyer prepares include something called a settlement agreement, which can just say that both of you keep your own property and debts or it can address things such as property division or child custody.

As long as you return the paperwork to us signed by both you and your spouse, then you can get a quick and easy divorce in Calera and never have to take off work to go to Court. You can get divorced by just signing and executing paperwork and getting it to our office and our Calera divorce attorney will take care of it from there.

You should get your divorce decree by email and mail from our office once the judge has signed it. The judges in each county have their own local requirements, so you should retain a local Calera divorce attorney to prepare your uncontested divorce so that there are no issues. Our divorce attorney in Calera is aware of such local rules and will work with you to ensure that you get your divorce finalized as quickly and easily as possible.

If you live in Calera and there is no agreement, then you will have to file a contested divorce in Shelby County Court. A contested divorce is where you file the case asking the judge to give you what you want, including custody, the house, or whatever marital assets there are to divide. If no resolution can be reached through negotiations after the contested divorce is filed, then there will eventually be a trail and the judge will decide all of the issues for you. This process is much longer and more expensive than an uncontested divorce. However, if there are issues that are non-negotiable, such as both parties wanting custody or the house, then this might be the best process for you.

To have a Calera divorce attorney file your case for you and represent you throughout the process, they will usually want something called a retainer. A retainer is an up front payment that the divorce attorney uses to bill their fees out of as they earn them. So you pay the divorce lawyer an up front retainer of a few thousand dollars and they file your case. During the divorce process, the attorney keeps up with their hours and bills this retainer as necessary. When the retainer is exhausted, you will have to refill it for the attorney to continue working on your case.

Most retainers for contested divorces in Calera and throughout Shelby County are thousands of dollars, but exactly how much depends on whether you have children or substantial assets in the marriage.  Whether you need a divorce attorney in Alabaster, Calera, Helena, Columbiana, Montevallo, or the surrounding areas of Shelby County, Alabama we can help. If you are interested in filing a contested divorce in Calera then call us today for our fees and retainers in Shelby County, Alabama.

If you and your spouse can come to an agreement and are willing to sign paperwork, then you can get a cheap and easy divorce in Calera. There is no going to court as long as both parties agree on everything, all the paperwork is prepared and signed properly, and the judge approves the agreement. Our local Calera divorce lawyer knows all the local requirements for Shelby County so we can ensure that you get your divorce finalized as quickly as possible.

Calera is one of the fastest growing cities in Alabama. Downtown Calera is only a few miles down I-65 from our Alabaster office, so if you want to meet the divorce attorney or drop off documents in person you can easily do so. If you need a divorce lawyer in Pelham, Calera, Alabaster, Helena, Chelsea, Montevallo, Vincent, Wilsonville, Shelby, Columbiana, Harpersville, Sterrett, Westover, then you will likely be filing in Shelby County.

Our attorney is a member of the Shelby County Bar Association and the Better Business Bureau so take a look at our BBB profile for more information about our law firm.. We can usually answer your questions and address your concerns over the phone the same day you call. Call our Calera divorce lawyer today, and let us answer your questions about the divorce process.

When you and your spouse cannot come to an agreement on your own, the other way to file for divorce is called a contested divorce. In a contested divorce, one spouse serves the other with a Complaint. Once served, the spouse usually enlists the help of an attorney and files a response. There are hearings set and a judge ultimately decides your disagreements for you if the two of you cannot otherwise.

Like most divorce lawyers, we require a retainer for such services and our attorney will bill hourly from it depending on the amount of work performed. So depending on how long it takes to resolve your marital issues in the divorce, the attorney fees could get expensive.

Normally, retainers for contested divorces can be very expensive, how much so depends on how complex the issues involved are and how contested they will probably get. If there are minor children of the marriage, then the retainers are more than divorces without children, but there are other factors we consider in quoting you a retainer.

You can call our office today to find out how much of a retainer we would require up front to begin working on your divorce case. You will usually need to have a quick phone consultation with our contested divorce attorney in Calera before we can quote you a fee, especially if there are minor children or other potentially complex issues involved. This is the reason an uncontested divorce is almost always cheaper and easier than a contested one.

It depends on which type of divorce you are doing.  If you are pursuing an uncontested divorce (where you and your spouse have reached an agreement concerning all marital issues) then you can fill out our questionnaire... Read more

For a contested divorce, you will need to call and speak with one of our attorneys for a quote.  However, we usually work with you to structure a low, flat fee instead of expensive retainers that are billed out of at an expensive hourly rate... Read more

As long as you or hour spouse is a resident of Alabama, then you can file here.   To be a resident, you have to have resided in the State for at least six months prior to filing a case. If you both are residents of Alabama, then... Read more

An uncontested divorce is where both you and your spouse have reached an agreement about all of your marital issues such as custody, child support, division of property, and all other issues.  If you have reached such an agreement... Read more

An uncontested divorce usually takes about one or two months after everything has been signed by both spouses and filed with the court.  A contested divorce can take anywhere from 30 days to months or years, depending on... Read more