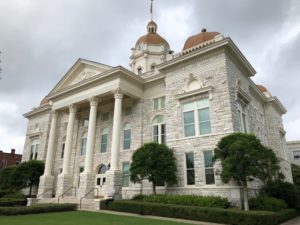 However, just because you and your spouse have agreed to joint custody does not mean that you are released from paying child support. Generally, even where there is shared custody the court will still order that one parent must still pay child support. However, if there is an instance of shared custody then it is fairly likely that the amount of child support to be paid will be less than if one parent has primary custody. There are certain circumstances where the parents spend the same exact amount of time with the children, and both of the parents make the same amount of money. In these instances, there is a chance that a court will not order either of the spouses to pay child support. However, this is very unlikely unless done by an agreement in an easy online divorce in Jefferson County, Alabama.

Calculating child support in a divorce where the couple agrees to shared custody is quite different from calculating child support where one spouse has primary custody. The court must consider the amount of income that each parent brings in. The court must also consider the amount of time that the child is spending with each parent. Often the time spent with the parent plays a significant role in deciding who will pay child support and how much is ordered to be paid.

In conclusion, it is possible that you can have shared custody over your child and neither of the parents have to pay child support. However, this is not always the case and isn’t common in most circumstances. Generally, the court will consider a number of factors such as: the income of the parents; the time spent with each parent; and the financial needs of the child. It is best to contact a Birmingham divorce attorney to see what your options are before expecting to be awarded this kind of arrangement very easily.