There is not a minimum threshold of years you have to be married in order to be awarded alimony in Alabama. Generally, the longer a marriage lasts, the more likely it is the judge may award alimony. But what is alimony? Since being married involves merging many of a couples’ assets, alimony is the court’s way of providing spousal support after the divorce to a spouse that would be at a larger economic disadvantage because of the divorce.

The court is not required to award alimony in Alabama. Many factors are taken into account by the judge in determining alimony awards at trial, such as: future earning potential, the duration of the marriage, the parties standard of living, the marital properties and other assets involved, and even the conduct of the parties during their marriage.

In 2018, alimony laws changed in Alabama. Under the previous law, courts could award “periodic” alimony, which basically allowed payments to continue indefinitely. The current law changed the terminology from “periodic” alimony to “rehabilitative” alimony and restricted its payments to five (5) years or less. The purpose behind restricting the years to five and renaming it “rehabilitative” was the Legislature’s attempt to restore the receiving party to a similar economic level they had been accustomed to during the marriage in the years immediately after a marriage. But it also serves to limit that time period so that both spouses can go ahead in making their own living after the five year mark.

Like most laws, there are exceptions. While rehabilitative alimony is clearly favored by the law now, the court can in some situations find that rehabilitative alimony is not reasonable. The court must express its reasoning for awarding alimony beyond the five year mark. Once the court finds a reason to extend alimony beyond the five year mark, it may not award alimony for a length of time longer than the length of the marriage. 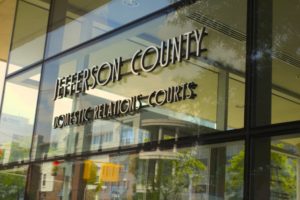 However, if the parties have been married longer than 20 years, there is no time limit on how long alimony may be awarded. So the court can still grant alimony that goes on indefinitely, but it only in “extraordinary circumstances.” One benefit of this, however, is that it gives parties a better idea of what they can expect when it comes to alimony if they go to trial. When you talk to a local family law attorney in your area, they can inform you what the local judges have historically awarded in past cases in your county. This can help to give you a better idea of what you might get at a potential trial. 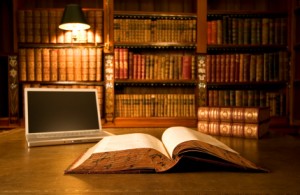 The longer the length of the marriage, the more likely a spouse is to receive the benefits and at a higher rate.

There is no set rule when it comes to determining the amount of alimony a spouse can receive, since the Alabama Supreme Court has said, “each case must be decided upon its own relevant facts in the light of what is fair and reasonable.” That is why it is so important to have an experienced, local divorce attorney to be your advocate during the divorce. The divorce process can be one of the most stressful times a person can go through in their life, and a contested divorce is even more stressful.

An uncontested divorce is the cheapest and fastest way to get a divorce in Alabama. The lawyers at The Harris Firm file hundreds of uncontested divorces every year in almost every county in State of Alabama. Because of this, we are familiar with the local requirements necessary for you to receive a cheap and quick divorce no matter where you are filing.