An uncontested divorce in Alabama may require additional fees if there are substantial property or tax considerations involved, business interests, paternity issues, retirement issues, or any other complex issues that would require more time of the attorney.

There is also a filing fee that varies. Whether it is an uncontested divorce or contested divorce, this fee is usually the same. It must be paid to the local court when the divorce is filed. Therefore you must pay it to us prior to us starting the divorce since we must pay it to the local court when we start it for you. Call us to find out the filing fee where you live. If you are ready to get the process started on an uncontested divorce then you can fill out and submit a divorce questionnaire online today. 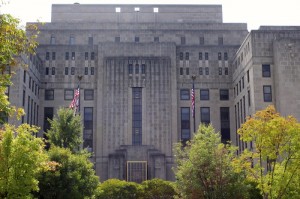 This agreement is then submitted at the beginning of the divorce, right when the case begins, to show that there are no unresolved or contested issues. Reaching an agreement before obtaining your attorney is the best way to get a quick and easy divorce, since all that the uncontested divorce lawyer has to do is prepare and being your paperwork.

The Court will typically not sign the divorce decree for at least thirty days, but in an uncontested divorce both spouses will usually be receiving their Final Decree of Divorce about a month or so after it starts usually (depending on the county you are in). Since you can receive your divorce decree about a month after it starts, without ever having to go to court, this is usually the simplest way to get a divorce in Alabama.

There are typically no hearings or court dates in an Alabama uncontested divorce since an agreement has been reached concerning the division of marital assets, custody, and other such matters.  Some counties have a different process for obtaining an uncontested divorce than others and each county can have their own unique document requirements.  However, our lawyers handle hundreds of uncontested divorces every year in almost every part of the state, and are familiar with the requirements necessary for you to receive a cheap divorce no matter where you.

In contrast to an uncontested or no-fault divorce, a contested divorce is when one spouse starts the divorce without an agreement having been reached.  In response to this, the other spouse usually gets an attorney and responds by preparing a document called an Answer.  At this point both spouses, through their respective uncontested divorce attorneys, will try to reach an agreement.  Eventually, if no agreement can be reached, then both parties will go to trial (many months and in some cases well over a year later) and have a Judge decide such things for them as custody, visitation, and marital property division.  The attorney fees in a contested proceeding are much higher than in an uncontested divorce, and the process usually takes longer since there are contested issues to be resolved.

Our uncontested divorce lawyers are currently charging $390 for attorney fees in simple no-fault divorces in Alabama without minor children of the marriage and $490 for simple no-fault divorces in Alabama with minor children of the marriage.  We would need to speak with you first about your agreement and gather some additional information about you and your spouse.  Once we have this information our uncontested divorce lawyers will create the documents for you and your spouse to execute and return them to our office to start the process.

When you retain us to handle your uncontested divorce for you our local Birmingham divorce attorneys will:  1) prepare all of your documents, including your agreement for you; 2) counsel you and answer any questions you may have about the divorce process; 3) prepare your divorce documents once they are properly signed and executed; and 4) work to ensure that the judge signs the divorce decree and that the process goes as quickly as possible.

An uncontested divorce is almost always the best way to obtain a cheap & simple divorce while allowing both parties to have the divorce become final as quickly as possible and not drag on in the courts. If you are looking for a fast and affordable divorce, then give us a call today for more information.