If you are considering changing the custody arrangement in your prior divorce case, then our child custody lawyer might be able to help. When you call the office, you can get a quick phone consult with our child custody attorney the same day you call. If it is something that you feel is worth your time and money to go back to court and modify the custody, then our family law attorney can file it for you and represent you in front of the judge.

Sometimes circumstances change after the judge makes the original custody decision. Maybe you don’t have custody of your child, but you want to have custody or at least joint custody with the other parent. If you want to change the legal status of your child’s custody you must file a Petition to Modify Custody.

This is the request to the court to hear why you think the child’s custody arrangements should be altered. There is, however, a heavy burden of proof on your part to convince the court that a change in custody is warranted.

Our child custody lawyers generally require something called a retainer to file a Petition to Modify Custody for you. If you and your ex-spouse agree to the changes, then we can sometimes do an Amended Settlement Agreement and modify the custody ordered in the prior decree. We are currently charging a flat fee (plus filing fee) to do such changes by agreement. If the two of you are not in agreement and you want to alter your custody arrangement, then you will have to pay the child custody lawyer something called a retainer.

A retainer is an amount you pay the child custody attorney and as they work for you they bill out of the retainer at an hourly rate. When the retainer is exhausted (when the attorney has worked certain number of hours at a specific rate) then you will have to refill that retainer if you want the custody lawyer to continue working on your case. Our custody modification lawyer generally requires a retainer up front based on the expectation of hours needed to handle your matter. The retainers for a Petition to Modify Custody generally range from $3000 to $5000 or more, depending on your circumstances. Give us a call for a quick phone consult with a child custody lawyer in Alabama to find out our retainer to file a custody petition in your case.

To change custody in a prior case in Alabama, the courts use a standard based on a 1984 case called Ex Parte McLendon. Thus, the standard is commonly called the McLendon Standard. To satisfy the McLendon Standard, the parent seeking custody (aka the non-custodial parent) must demonstrate the following:

The court uses a “best interest of the child” standard when making the initial custody determination. However, when the non-custodial parent requests custody, the court uses the more stringent McLendon standard in making their determination. This is because courts are generally hesitant to change or modify a custody arrangement out of concern for the inherent disruptive effects it may have on the child. Therefore, if you are the non-custodial parent you must not only show that the child will be better off in your custody, but also that they will be so much better off that it overcomes the concerns of the disruptions in the child’s life that invariably occur from a custody change.

A Petition to Modify Custody should be filed in the county where the original custody case was decided. The petition should include your allegations or reasons why you are petitioning the court for a change in custody. Then the Petition should be served to the child’s custodial parent. 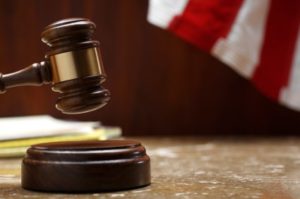 This can be done by the Sheriff’s office, through your divorce attorney, or through a process server. After the other parent has been served, they will have thirty days to respond.

Occasionally grandparents will ask whether they can file for custody of their grandchildren. Alabama courts have consistently favored the rights of a child’s parents over all others, including grandparents. However, there are certain circumstances where a grandparent may be granted custody of their grandchildren. They are usually extreme cases where both parents are deceased, both parents have abandoned the children, or both parents are considered unfit by the court. Examples of being unfit could be things like parents who are abusive, neglectful, addicted to drugs/alcohol, or mentally ill. There are other methods, like guardianship, which may be easier for grandparents to attain. With guardianships the parent(s) still have legal rights as parents of the child.

We can help whether you need a custody attorney in Montgomery County, Jefferson County, Shelby County, Blount County, Madison County, Morgan County, Limestone County, Cullman County, Walker County, St. Clair County, Calhoun County, Talladega County, Elmore County, Autauga County, Chilton County, Tuscaloosa County, or anywhere else in Central or Northern Alabama. Call our child custody lawyers today for a quick consultation and to find out whether filing for custody, whether in a prior case or filing for custody in a new matter, is right for you.