Whenever your divorce is final, you and your ex-spouse will receive a divorce decree.  This decree is an order by the judge and is to be followed by both parties.  If you and your ex-spouse reached an agreement, then this decree will order that both parties follow the agreement.  If no agreement was reached and a trial resulted, then the judge’s decisions concerning the contested issues at trial will be ordered by the court in your decree.  Either way, the judge’s order is what both parties must follow and abide by in the future.  If one party does not abide by this order then they can be found in contempt of court for not following the judge’s order. 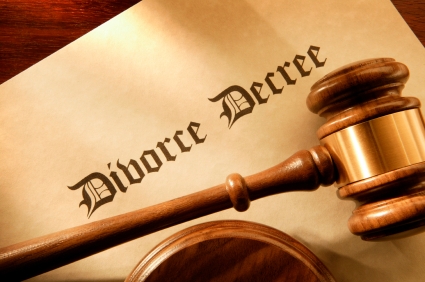 Also, if one of the parties, or both by agreement, wish to change or alter part of the judge’s order (including any agreement that was reached by both parties) then they can petition the court to make these modifications.  Both of these things require a petition to be filed in the case that issued the divorce decree and, usually, a hearing to be held in front of the judge or court that issued the decree.  This article will discuss the process of attempting to modify a divorce decree, including a settlement agreement, after a divorce has been entered by the court.

Petition to Modify a Divorce Decree

However, if you and your ex-spouse are not in agreement, then you will have to file your Petition to Modify without an agreement and it will be set for a hearing.  At this hearing, your ex-spouse can show up and object to the changes and the two of you can litigate the issue to have the judge determine the contested issues for you.  This can cost quite a bit in attorney fees, but either party can always file a Petition to Modify the Decree and have a hearing even without having reached an agreement with the ex-spouse. If you have reached an agreement in your divorce and file a Petition to Modify a few months after your divorce decree was entered, you may have difficulty since you agreed to the Settlement Agreement just a few months prior and now want to change it.  When you agree to a Settlement Agreement in a divorce, it is a binding contract between you and your ex-spouse.  Like any contract, you agreed to it at the time, so a judge is not going to let you out of the contract that easily.  The more time that has passed since you agreed to the contract, the more likely a judge is to let you alter parts of it or get out of certain aspects of it since things may have changed significantly as time has passed.

For example, lets say that one party is unemployed and the other has a very high income at the time of divorce, and both parties reach a settlement agreement in their divorce for the party with a high income to pay monthly alimony or spousal support to the party that is unemployed.  Now, the divorce decree is entered and the agreement ordered by the court, then three months later the party with a high income files a Petition to Modify asking the court to change their agreement so that he or she doesn’t have to pay anything.  The first question a judge may ask of the filing party when a hearing is held is why did you agree to this just three months ago and what is so different now?  In other words, you agreed to it then, and its only been three months, so why should they let you out of this contract that you agreed to voluntarily?

They may determine that it would be unfair to the other party to let you out of some part of this contract that you had agreed to only a few months earlier.  However, lets say that the agreement is reached, a decree entered, and the unemployed party wins a million dollars in the lottery.  Well, the party with the higher income may file a Petition to Modify and argue that he or she shouldn’t have to pay anything to the other since they won the lottery.  In other words, things have substantially changed since the agreement was reached and now it would be unfair to continue to make the higher income party pay monthly alimony to a millionaire.

It is always a matter of contract law in a situation where both parties reached an agreement and one or both want to change or modify it, but in a case where an agreement wasn’t reached and a judge determined the contested issues it may be more a matter of convincing the judge to change their mind.  This can be difficult and would depend on what has substantially changed among other relevant factors specific to your situation.  One common modification is child support.  If one party is ordered to pay child support in a divorce according to the guidelines or if both parties agree for them to pay child support according to the guidelines, then it is common for a party to file a Petition to Modify the child support due to a substantial change in income by one of the parties.

For example, suppose that one person is ordered to pay child support according to a guideline form where both parties make minimum wage, and then subsequent to the divorce decree being entered in the case, the party receiving child support obtains employment making four or five times what the party ordered to pay child support earned.  The party paying child support may petition the court to modify the support since the other party is making so much more money now.  To do this they would file their petition, perform the child support guidelines with the new income information, and ask the court to order an amount consistent with this new income information.  This is an example of a situation where child support would need to be altered since it would be unfair to keep making one party pay based on outdated income information.  Alternatively, if the party paying child support gets a job making much more money, the party receiving support can file to increase the support as well.  Sometimes the Department of Human Resources (DHR) may assist one party or the other in amending the support, but, as with most Petitions to Modify, it is likely that you will need to hire a local divorce lawyer to file a petition for you to ensure that everything is filed correctly and to argue your case to the judge.