If I have primary custody, can I move without letting the other parent know? Child custody is probably one of the most contested matters in a divorce proceeding. This is usually because parents are used to being with their child practically all of the time, and they know a divorce in Anniston is going to change this. Child custody determines the rights and responsibilities that each parent will have in relation to their child once they divorce. It will be determined according to the best interests of the child, not the parents. 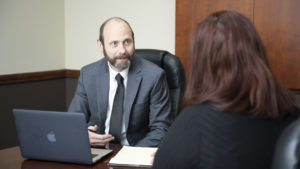 There are two types of custody: legal custody and physical custody. Legal custody concerns the parents’ legal authority to make decisions concerning, and on behalf of, their child. These decisions could be about healthcare, religion, education, etc. On the other hand, physical custody concerns which parent will primarily care for the couple’s child on a day-to-day basis. It determines which parent the child will live with and spend a majority of their time with. Both types of custody can either be awarded solely or jointly between the two parents. When you are doing an easy online divorce in Autauga County, or anywhere in Alabama, then you can agree to shared or joint custody. But, if you are arguing and have a judge decide, the court does not typically award shared custody arrangements since the parties are not cooperating and wanting to co-parent as evidenced by them both fighting for primary custody.

Sole legal authority means only one parent is allowed to make decisions, and the other parent has no say in the parenting and care of the child. Sole physical custody is rarely awarded, but when it is, it is because the noncustodial parent is incapable of properly parenting the child, like in instances of abuse or neglect.  When you go through a marital dissolution, a local divorce attorney in Prattville, or wherever you are filing the divorce, can walk you through the types of custody and how the local courts handle such matters.

Joint physical custody is most commonly awarded, and it typically involves one parent being designated as the primary physical custodian with both parents sharing the legal authority to make decisions. With joint legal authority, the parents cannot make decisions without consulting with the other parent, but one parent is usually designated as having the final say if the parents cannot agree. When one parent is awarded primary physical custody, the child will live with that parent, but the other parent is usually awarded visitation, which allows them to see the child on particular dates and times.

The parent with primary custody may be allowed to move with the child, but it depends on the circumstances. The parent with primary custody must give the other parent written notice that includes all of the details of the move like the reason for moving, the address, and the proposed moving date. They cannot move with the child without letting the other parent know at least 45 days in advance.

After being notified, the other parent may object to the move, and they may take the matter back to court. The court has the authority to prohibit the primary custodian from moving if it believes that the move is not in the child’s best interest or interferes with the other parent-child relationship. If you have primary physical custody of your child and are wanting to move, you should consider whether the other parent will be able to maintain their relationship with your child and how that will be done if you move. If you are unsure about any aspect of child custody, contact us today to set up a consultation with one of our experienced Montgomery divorce attorneys.